Join SYMPHONI™ and ATS Life Sciences at this year’s leading smart automation and robotics exhibition, featuring the world’s largest range of industrial and service robotics, assembly solutions, machine vision systems, and components. The place to be to gain access to the latest industry innovations, knowledge, and trends! For more information, visit the Automatica website.


We invite you to visit us at our booth in Hall A6 – Booth 303 by offering you a FREE 1-Day Entry Voucher! Click on the button below and email us your information and the date you wish to attend the tradeshow. We look forward to seeing you there!

WHAT YOU CAN EXPECT TO SEE AT THE SHOW 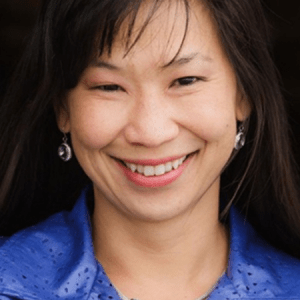 Agility Wins the Race:
The Future of Automation

Named by IBM as one of Canada’s Top 19 Tech Titans in 2019, Peng joined ATS in 2020 after the company acquired the revolutionary assembly technology IP (now named Symphoni) from her former company, Transformix Engineering.

At this year’s Automatica, Peng will be discussing how market dynamics are shifting in unpredictable ways with many forces at play: climate change, political upheaval, growing economic inequality, rapidly evolving consumer behaviour, multipolar geopolitical shifts, the rise of China, and of course, the relentless march of automation across every industry. Peng will address issues surrounding reshoring and how for most manufacturers who want to gain more market share, the choice for the future is clear: you must be agile by incorporating machines that do more than one thing and do it quickly. This is how agility will win the race. 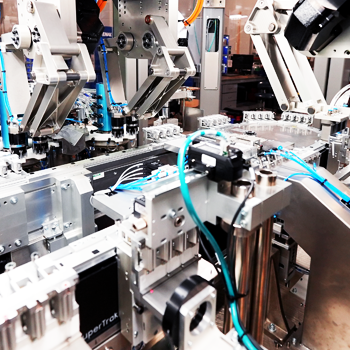 Fully digital, the Symphoni Operating System allows infinite configurability of every motion, each precisely synchronized with other motions, to achieve robust and repeatable processing of one or more products.

The result is a fast, precise, and versatile “Symphony of Motion.” 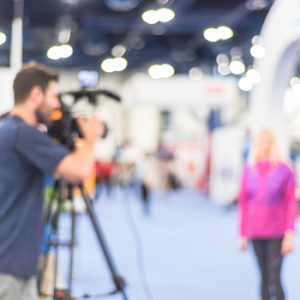 Two times a day, we are bringing an in-booth LIVE show to Automatica! We are presenting the many innovations that ATS has brought to the Automation industry, like the new UV patent for curing glass syringes, Symphoni, SuperTrak PHARMA, Artificial Intelligence Machine learning, ATS Innovation Center, and many more.

Those 15-minute sessions are being filmed directly LIVE at the booth, being broadcasted to the two major screens for visitors to follow. 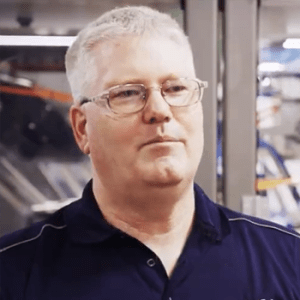 Meet One of The
Inventors of Symphoni

Ken Nicholson is an R&D Director for ATS Life Sciences and one of the inventors of ATS’s Symphoni Technology, a high-efficient, digital assembly platform. A natural innovator and entrepreneur with a penchant for thinking outside of the box and pulling from across diverse disciplines, Ken has spent over 25 years developing revolutionary automation technologies. Combining technology from diverse fields is a common theme. For example, when designing a machine to clean tubes the length of a football field, he successfully turned to the motion dynamics of rollercoasters. Ken was a founder of two companies before joining ATS in 2018. He has numerous patents in four continents and continues to push the envelope with creative yet rigorous solutions at ATS.